Posted By on Feb 03 2009 12:00 AM
Thanks to Choseh and Jkemr for following me to this handy tutorial on spacialaudio's site.

We support this article fully at Broadcasting World Forums, just post up a thread and we will provide full support!

Hi folks i thought it's about time i share some knowledge i've made while experimenting with sambc in connection with the aim to stream an interview or a VoIP conversation.

So basically what we're planning to set up here is the following:

- sambc playing music (of course)
- setting to voicefx up, so people listening to the stream are able to hear you, the moderator, and your interview partners
- optionally we will add the music output to your voice software so people know when the song is going to be done and the talking starts again

What we need is actually only two things:

You will have to "buy" the software and no, i'm not receiving any money from the creator, i just consider this to be the best possible solution.

VAC consists of two modules, the Virtual Audio Cables themselves and a small program called an Audio Repeater. You will need these.

First start the VAC control panel and set the cables to 5 as seen on the following screenshot.

These virtual cables can be considered as virtual audio interfaces on your pc.

Now we will have to set up which cable is gonna carry which signal. So let's say everything you say goes into Cable 1. Start an Audio Repeater and set it up as shown here: 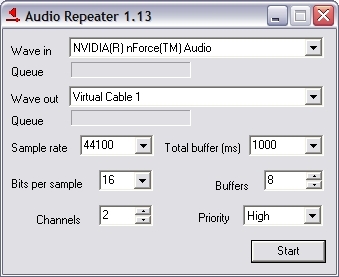 this actually means that your microphone input is being routed into cable 1 and cable 1 carries your audio input.
Now, there's some guy on skype you wish to invite into the conversation and stream your and his voice to the radio stream. Easy stuff, just set the skype output to a cable. Let's say this guy's voice is cable 2.
Apply the settings according to the screenshot (sorry, i've got the german version, but you'll figure this out Wiedergabe = Playback) 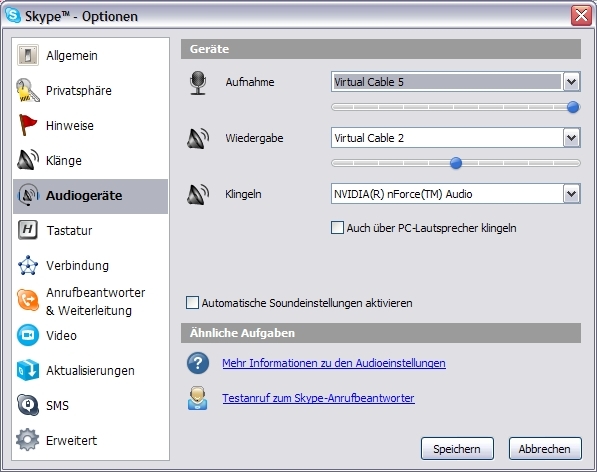 Now we have your voice in cable 1 and his voice in cable 2. If you would call that guy now you won't hear his voice, so go start an Audio Repeater and set it up to route cable 2 into your audio hardware like this: 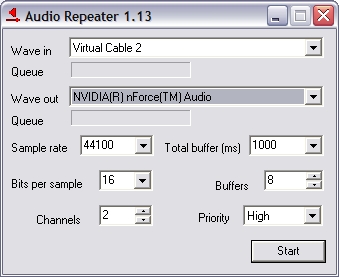 Now you can hear what he says and he hears you. great. Now it's time to mix your and his voice together to stream it. From now on you should know how the repeaters work and you should be able to manage it yourself. 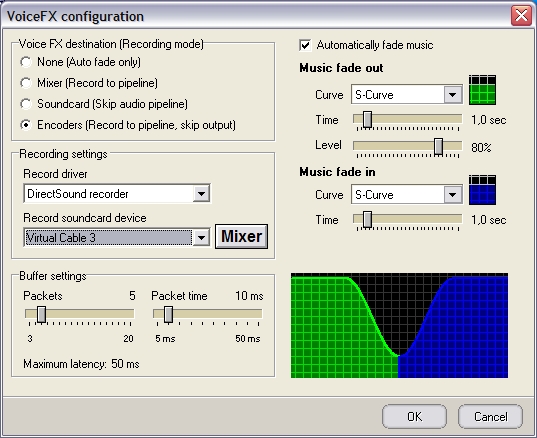 Don't forget to set the VoiceFX destination to "Encoders".

Now that's actually the basic process. Now everytime you hit the Lock Talk Button (Destop A for example) people are gonna hear you and your mate talking. Now for the last part: Sending the Air Out to your voice software.

We need to send the Air Out in SAMBC to a cable first, then you gotta start a Repeater that plays this cable for you (so you can hear the music) AND you gotta mix your voice and the air output to a last cable that is being used as input in your voice software (it's cable 5 in one of the screenshots above) As you already learned the basics about that virtual cable routing stuff you will easily manage to do this alone. You can post here if you got any problems. It's quite tricky to understand all this stuff in the beginning but after you've done this several times it's going to be easy

No comments yet. Why not start the conversation?